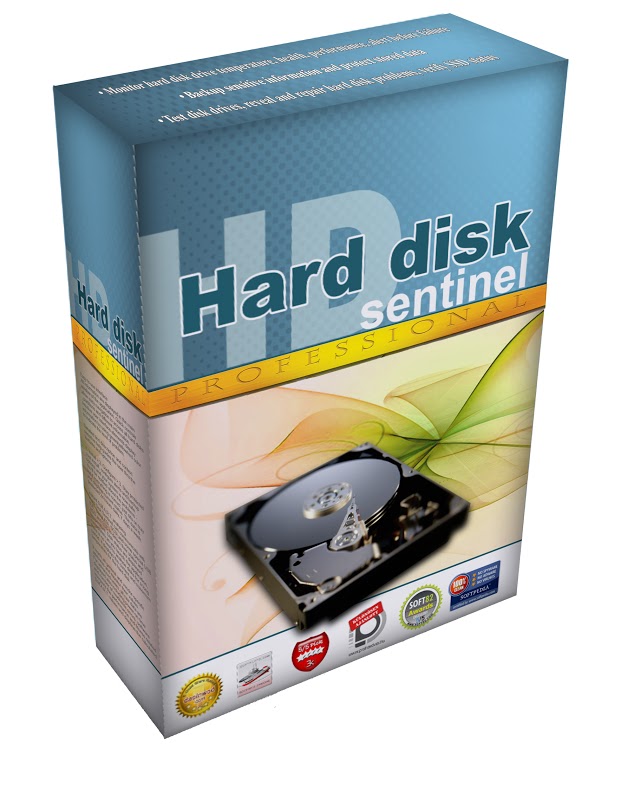 The work that you do on your computer is extremely important, so why leave potential hard drive issues up to fate? By the time your system starts behaving strangely or making odd noises, it may be too late to save your data! With Hard Disk Sentinel, you’ll always have a complete overview of your hard disk drive’s health, so you can spot potential problems before they result in an irrecoverable data catastrophe.

Hard Disk Sentinel is your key to identifying, testing, diagnosing, and repairing hard drive problems, even with Solid State Drives.
With Hard Disk Sentinel, you can instantly see reports detailing the total health of your drive, including temperature, self-monitoring data, transfer speeds, and more. Any deviation in these factors could be an early warning sign of impending drive failure!

Hard Disk Sentinel also works on hard disks that are being used in external USB or e-SATA enclosures and RAID controllers.
If your data is important, you owe it to yourself to get a copy of Hard Disk Sentinel today!

Boasting the most sensitive disk health rating system ever, Hard Disk Sentinel Professional will let you know about potential issues far sooner than any other program on the market today. You even enjoy the benefit of having automatic and scheduled disk backup options, which can work quickly to preserve your valuable bytes.

Award-winning Hard Disk Sentinel Professional offers complete data protection solution for all installed storage devices. No need to use separate tools to verify internal hard disks, external hard disks, SSDs, disks in RAID arrays as these are all included in a single software.

The major benefit of Hard Disk Sentinel Professional version is the advanced functionality which helps in both diagnosing and fixing problems related to hard disks / SSDs. These functions include: