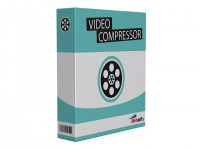 Intuitive usage
VideoCompressor provides a very attractive appearance but also a very easy graphical user interface to operate. Users don’t need to have any previous knowledge about how to compress videos or to read any manuals.

Providing many languages
VideoCompressor provides currently the German and English languages. Other languages will be perpetually added, so the user could download it through the integrated update manager.