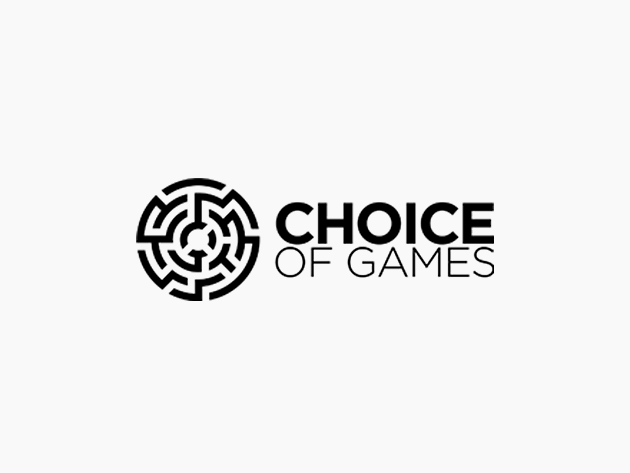 Choice of Robots is an interactive sci-fi novel by Kevin Gold, where your choices control the story. Text-based and powered by your imagination, this interactive story has you experience the life of a brilliant robot maker, stretching from graduate school to a future shaped by your robotic creations. Play again and again with four alternate climax chapters and over seventy achievements to unlock.

Written by Joel Havenstone, Choice of Rebels: Uprising is an interactive fantasy novel in which your decisions guide the story. Text-based and without graphics or sound, this interactive story is powered by your vast imagination. Take on the role of an outlaw leader as you rebel against an oppressive empire and fight to survive your first brutal winter. Guide the direction of your rebellion and save your homeland from oppression!

Prove that you’re a true hero in Heroes Rise: The Prodigy! This interactive story takes place in Millennia City, where powered heroes are celebrities. Aspiring to join their ranks, you’ll have to show them you have what it takes by fighting powered gangs, teaming up with champions, and more as your decisions impact the story. Text-based and without graphics and sound effects, Heroes Rise: The Prodigy is fueled entirely by your imagination as you choose your adventure.

Romance, mystery, and demonic litigation run rampant in Choice of the Deathless, a text-based interactive story by Campbell Award-nominated author Max Gladstone. Set in a rich fantasy realm, Choice of the Deathless has you working at the elite demonic law firm of Varkath Nebuchadnezzar Stone, where you’ll build your career, find love, and uncover a world of scheming magicians and devious monsters.

Unleash your inner swashbuckler in Choice of the Pirate, an interactive novel by Alana Joli Abbott. Set in the tropical paradise of the Lucayan Sea, this text-based adventure has you progress through 5 years of piracy as you go from deck-swabbing sailor to seasoned fleet commander. Your decisions shape the story as you decide to work for the Crown Navy as a privateer, team up with the Pirate King to defend the sea, or take him on to claim his power for yourself!

Enrich your Heroes Rise: The Prodigy experience and live up to your full heroic potential with this complete guide. Filled with detailed instructions for achieving the maximum legend score, this guide is your ticket to getting the complete Heroes Rise experience as you make your way through the interactive story.

Reviews for The ‘Choice of Games’ Interactive Story Bundle