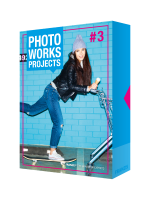 The software simultaneously offers advanced as well as creative editing with an expert mode for ambitious photographers. Photo editing professionals can freely and individually customize the setting details according to the motif: denoise, sharpness, contrast, brightness and shadow optimization, gamma and color settings, filters, emulations, etc.