This page has been automatically translated. Click here to read original English version.
Pay What You Want
Sale has ended!
Get More Giveaways And Discounts 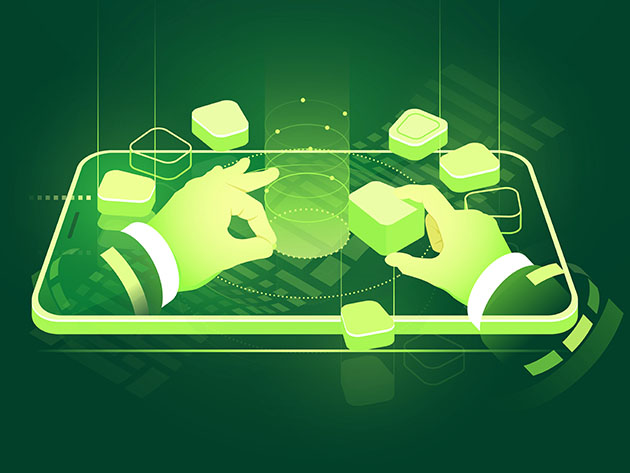 Android is the world’s most popular operating system and there is no time like the present to learn how to build apps for it. In this course, you’ll learn Android development by developing a basic workout application that suggests exercises based on user input. Covering a range of development aspects from user interfacing to database management, this course will be an outstanding intro to app development and give you a great foundation from which to build.

The best part of this Android development course? You don’t need to know anything to start! This enormous, 24-hour course will take you from beginner programmer to pro engineer, all in your own time. You’ll start with Java, build some simple apps, and slowly progress to build more complicated apps and become fully proficient. Soon enough, you’ll be ready to build Android apps professionally.

The release of Android Nougat has started a gold rush of developers trying to master all of the newest features available. For novice developers, however, the previous OS, Marshmallow remains supremely valuable to learn before you jump into Nougat, and this course will get you there. Whether you want to build apps as a hobby, as a freelance profession, or to enhance your full time employment prospects, this course is an excellent first step.

The best way to learn how to develop mobile apps is by actually doing it, and this course will give you a crash course in Android development by showing you how to build a fully functional music streaming app that resembles Spotify. Using Java in Android Studio, you’ll learn all the skills you need to start developing for Android and making money fast!

Even if you’ve never written a line of code, you can get up to speed with Android development over this massive, hands-on course. Learning the Android Studio and Java coding, you’ll get a complete background in the life of a professional Android developer, building clones of popular apps and gaining an understanding of how to monetize apps through ads or on the Google Play Store. Within five weeks, you’ll have the tools and knowledge necessary to become a full-fledged developer.

Want to get an Android app on the Google Play Store? Here’s where you start. Diving into the true nature of app development, from concept to publication, this course will not only provide the basics behind Android coding, but teach you how to market yourself in the lucrative app development industry. You’ll learn how to create passive income through your apps, and gain an advantage in a competitive professional marketplace.