This page has been automatically translated. Click here to read original English version.

Why Hide My IP and Auslogics giveaways stopped working

Running software giveaways is very easy. Running software giveaways properly is hard. There are far too many slimy companies out there that are more than willing to violate user trust — and, sometimes, security — to make a quick buck. We do our best to shield our members from these slimy companies; we have various rules and checks in place to protect our members. Unfortunately, we are not perfect and we sometimes make mistakes. The recent giveaways of Hide My IP and Auslogics Disk Defrag Pro were two such mistakes.

Before I delve into the details of what happened, here is some background on how SharewareOnSale works.

UPDATE: There seems to be some confusion. Please note, I am NOT talking about people trying to use the Hide My IP and Auslogics Disk Defrag Pro giveaway license keys after April 18. The deadline for the giveaway was April 18 and anyone trying to use the keys after did and should get an invalid license key message. This is not the problem. I am talking about people who used the license keys BEFORE April 18, successfully registered the software, and then a week later the license keys were made invalid. This is the problem.

Hide My IP’s claims are complete lies, for three reasons. Firstly, WonderFox Software clearly stated Hide My IP giveaway was of a 1-year license. Secondly, it has not even been a month since Hide My IP’s giveaway — even if what Hide My IP says is true and the giveaway was of 1-month license, one month has not even passed since Easter at the time of this writing (it has only been roughly two weeks)… so how could the license be expired now? Thirdly, our giveaway of Hide My IP was not illegitimate; it was not a SharewareOnSale exclusive, yes, but it was not illegitimate — we were asked by WonderFox Software to share the giveaway. 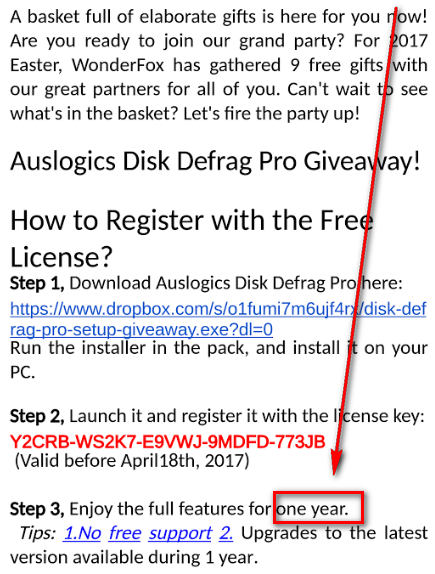 In my opinion, this is very shady behavior by both companies. I sincerely apologize for the problems our members have faced and rest assured, we are putting more checks in place to ensure this doesn’t happen again. Stay safe everyone.